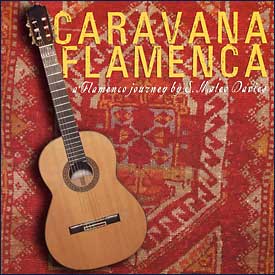 “Scott Mateo Davies is the carrier of flamenco in his native land of Minnesota and with this disc he shows us that to bear the weight of suffering winters that even Eskimos can’t love, there is, in fact, heat in those lands.”

Listen to all the tracks and download free mp3 files on the Playlists and Downloads page.